Heading through San Francisco for the Premiere Napa Valley auction event which takes place Saturday and offers a multitude of parties for media and trade on the two days before.

TIARRA ROJA VINEYARD-Interview with Linda Neal-owner.
Tiarra Roja will be making their first appearance at the Premiere event this year. I met Linda via the Napa Valley Vintners, the source of many leads.

Tiarra Roja is located on Silverado Trail by Oakville Cross road. The vineyard starts at the road and heads steeply up the mountain. Very steeply in fact, as I climbed up to the top so that Linda could give me some pruning lessons.

We tasted at Linda’s home which is located next to the vineyard. I found her to be very down to earth, sincere and easy to talk to.

Best of all her Cabernet was excellent! 250 cases of wine per vintage with all the care you would expect for this size winery.

This interview took place at Tor’s beautiful home on the north end of St Helena.

While pouring a tasting of his two Chardonnays and his Cabernet’s we talked about everything from Viet Nam to his youth and friendship with Jimmy Cagney, his son’s music and film career and somewhere along the line, we even managed to talk about wine.

Tor welcomed me into his home like an old friend. He exudes a joy for wine as well as life.

After many years with Beringer, Tor has created exactly what he wanted in a wine…and you could taste it.

Once again I stop at the Rutherford Grill for dinner. What can I say…..a favorite for the last 10 years and especially from last November during my time working in the cellar at Alpha Omega. The bar is the best seat in the house….lots to see and hear. Best of all the some of the most interesting people you could ever imagine to meet can be found bellying up for dinner.

The Staglin winery sits at the base of the mountains a mile or so off of highway 29. Not an easy one to find but as they are by appointment only, it works best that way.

Fredrik spent time with me explaining the layout of the vineyards while walking through the property following a detailed map. Afterward we toured the caves and settled in for the interview and a tasting.

Fredrik’s encyclopedic knowledge of the property and winemaking made for one of the more technical interviews we’ve done.

Garen had just gotten back from out of town and the day ahead was busy, but he still made time for the brief interview, and it was worth every minute of it.

From Staglin I made a quick stop for lunch at the Oakville General Store. A deep selection of food and snacks for such a small space it’s one great place for folks new to Napa to discover.

I met with Doug at the Rutherford Hill winery on Silverado Trail. Terlato owns a few Napa Valley properties including Chimney Rock, Sanford, Cuvaison, Markham, Tangley Oaks, and Terlato to name a few.

Doug is a great guy to talk to…..good sense of humor (how can you not when you make wine for a living?), easy going personality and another man with a deep passion for the grape. Doug gave me a good picture of what it’s like to run such a big operation while still keeping a ‘family’ feeling within the company.

After the interview I made a not-so-quick stop to see my friends at Alpha Omega which is located in Rutherford just off highway 29 on Mee Lane.

One by one, the usual suspects popped in to Henrik Paulsen’s (assistant winemaker) office which eventually led to opening a bottle….imagine that. Charly de Potteire (Enologist), Jean Hoefliger (winemaker) and Chelsea Bellows (national sales manager) and even a brief visit with Jose (cellar master) made my day.

Dinner at Villa Romano-the simple Italian restaurant sitting at the intersection of highway 12 and 29. The parking lot is almost always empty and you can never tell what’s going on with this place. For me, I had a very nice and decently priced meal. Yes, I’d go back. Does anybody know this place is here?

I was joined LBTV photographer Jeanette Hrnyak and it was here we sampled several Chardonnay’s and an equal amount of Cabernet Sauvignon’s in three vintages each. We were given a prepared sheet with numbers corresponding to the samples to make notes.

The atmosphere was almost silent save for the sound of slurping and spitting. Not one for spitting myself, the sheer volume of the task at hand made me do just that. After all, the quantity of wines samples at 9:30 in the morning can make for a very short day.

I bumped into Terra Valentine winemaker Sam Baxter, whom we had interviewed last June. I enjoyed a nice chat with him and learned a bit about what his point of view was during this objective tasting.

From there we had a full schedule of parties that preceded the Premiere event itself. We headed up the mountain west of St. Helena to Pritchard Hill and Chappellet.

The barrel room at Chappellet was massive. Barrels were stacked several high inside of the geometrically shaped structure.

The tasting was set up on barrels in the center of the room. Wines featured were of course, Chappellet and David Arthur to name a couple.

Next I headed down the mountain to Yountville for the tasting at the Bardessono Resort.

At the resort were several vintners including Kim Frazier Caterino and Adam Catarino of Frazier Estate (to be featured in the April podcast), Judd Finkenstein of Judd’s Hill, Elkhorn Peak and many other wineries.

One in particular caught my fancy with dessert wine. Elkhorn Peak Cellars was set next to Frazier and featured mostly Pinot Noir, but sampling the fantastic dessert wine I was surprised to learn it sold for only $20! It’s rare to find a great deal in a late harvest wine and worth picking up a bottle or two when you can.

Next off to visit our old friends at Shafer Vineyards.

The people at Shafer has been a great supporter of our LBTV effort since the beginning by making suggestions to improve the program as well as linking us up the Napa Valley Vinters Assoc.

In addition we sampled the 2005 and 2008 Red Shoulder Ranch Chardonnay and the ’07 One Point Five Cabernet. Winemaker Elias Fernandez was pouring the auction lot of Cabernet Sauvignon, Sunspot Vineyard 2008.

The Victorian house was the perfect setting for the many vintners including Pride Mountain, Terra Valentine, Sherwin Family Vineyards, Barnett, Marston and many more.

Our last stop of the day was part Premiere party and part business.

I had a 5pm appointment with Ray Signorello of Signorello Vineyards for another LBTV interview.

We arrived as the event was winding down but just in time to enjoy fantastic Kobe beef burgers grilled freshly just outside the tasting room.

Ray took us upstairs to private office for a solid Q and A filling in the history of Signorello, the winery started by his parents.

From there we took a break to refresh and then back up valley to a dinner and tasting at Alpha Omega.

The dinner was for club members but we were given an invitation, as there had been a cancellation. The food was prepared by Napa Valley chef and restaurateur Cindy Pawlcyn of Mustards, Go Fish and Cindy’s Backstreet Kitchen.

The meal was excellent as you would expect from Cindy and featured scallops, lamb and a wonderful apple dessert.

A busy day and a well deserved rest.

Premiere Napa Valley at the Culinary Institute at Greystone.

As many folks listening to LBTV are aware, we have attended the Auction Napa Valley event in 2008 and 09. And although this event was an auction, it had little in common with the June event.

Premiere Napa Valley is presented for the Wine Trade and Press. With around 500 attendees and 200 Barrel samples being poured, this auction was a fantastic time to meet up with many old friends and to make new ones.

The day began with shuttle service from the Beringer parking lot to the Culinary Institute at 9am.

The Culinary Institute at Greystone is a massive complex of buildings including the school and dorms as well as an exceptional restaurant and kitchen store with just about every culinary gadget you could ever need.

After being greeted by some of the Napa Valley Vintners staff, we headed up to the second floor to the barrel tasting. The gigantic area was an open space filled with winemakers and owners pouring auction lots created specifically for this event. In other words, it was like stepping into wine heaven!

Dinner this evening was at Farmstead Restaurant in St. Helena.

The restaurant has only been open for a couple of weeks so some of the confustion before and during dinner can be mostly forgotten. I guess the important comment I can make is taking care to train the wait staff to the level of what is expected in Napa Valley, or any high quality restaurant for that matter. Our waiter missed a few simple things, but I was very surprised when he brought the wine to the table and did not present to the person who ordered it….this is wine country after all.

The food was good and the atmosphere was very loud. The manager came by the apologized for the confusion and presented his business card to me.

All in all I would give it a second try next time out.

After a brief stop in San Francisco and I was off and on my way back to snowy Milwaukee.

Seeing old friends and meeting new ones…..a splendid time was had by all. 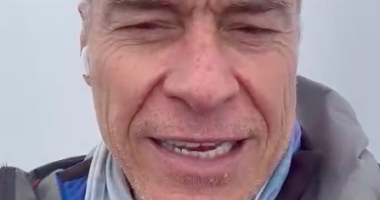