Day One-Wednesday June 2nd-
Which leads me to question, why the heck do I choose United when I fly? Oh that’s right, this was a freebie frequent flyer. Got it. Next time, I pay….it’s worth paying rather and putting up with….

Depart Milwaukee flying through Chicago and the weather after about five days of amazing sun and warmth gives way to rain. You have to love the feeling you get when exit a small jet outdoors to grab gate checked luggage in a downpour…..yes, no jetway. A class act folks. I would think just our baggage fees alone could pay for one.

My first interview of the day was to be with Taylor Bartolucci of Madonna Estate in Carneros, but due to the delay at the airport I had to reschedule.

After checking in at my hotel, I headed out to meet with Cyril Chappellet of Chappellet Wines.

After the drive up Pritchard Hill, I was met by the lovely Candice Pannetier the Director of Hospitality. Shortly afterward I met Cyril and we headed outdoors up the hill to a grove of picnic tables to start the interview.

Cyril was fantastic. A candid and open man with a great sincerity that makes you feel as you have known him for years. With a very tight schedule the interview was everything I could have wanted….family, history, Napa Vintners involvement….a great interview and a very nice guy.

Following the interview I was fortunate enough to spend time talking with Candice about family, wine, passion and all the things that make our worlds go round.

I left Pritchard Hill feeling invigorated and very happy to have met such nice people.

Dinner was spent with my friend Charly de Pottere the Enologist at Alpha Omega Winery along with his girlfriend Natalie.

Laughing and drinking beer…..their is no better way to end a day with friends.

Day Two-Thursday June 3rd.
After picking up our photographer Jeanette from the ferry in Vallejo, we headed up for a midmorning interview with Mick Unti of Unti Vineyards to talk all about Rose. Mick’s passion for wine is one thing, but his strong feelings for Rose takes things to a new height.

Next we headed up the road to Sbragia Family Vineyards. Last November I visited Sbragia for the very first time…just a quick visit to check out a winery I knew nothing about. Over the next year I learned plenty.

Ed Sbragia spend 30 years making wine at Beringer and then found his place in Sonoma within sight of Lake Sonoma. I’ve read a bit about Ed but our friend Tor Kenward had plenty of complimentary things to say about this very kind gentleman.

I found Ed to be a pleasure to talk to. Smart, concise and again, passionate I was amazed that he was willing to give us his time after literally just getting off a jet from Tokyo.

I might add that I am a fan of his Cabernets.

We then headed back to downtown Healdsburg to catch up with Greg and Jennifer Hauck of Hauck Cellars. I met these folks last year on one of those last minute ‘curiosity’ stops.

The interview went very well (one of the few times I’ve interviewed a husband and wife partnership together) and the hospitality was fantastic.

Tonight dinner at Zazu Farm and Restaurant. The salmon was terrific but the fresh pasta and peas made the dish something entirely new. My compliments!

The day was very warm but overcast skies hid the fact that this was wine country in May.

By the time we made it back to Napa, blue was the evening sky….time for resting up for a big day tomorrow.

The lawn just outside of the Chateau hosted many winemakers but most importantly some of Napa Valley’s most impressive restaurants.

The food was nothing less than fantastic. White wine was the order of the day….which was intended to make warmer weather more comfortable but this overcast day was just lightly warm and the sun stayed hidden most of the day.

In the Rubicon caves the barrel tasting flowed into mini traffic jams while some of the best Napa Cabs (and some Pinots) were sampled.

As the day went on auction prices went higher and higher. This auction gives the top 10 bidders on each barrel a case of wine from that barrel. Usually the wine is delivered within a year or so of the auction.

The final bell came at 4pm. Bidders and owners finished up and headed off to several private parties around the Valley celebrating the fun of the wine business.

Dinner this evening was in the city of Napa at Ristorante Allegria. The service was excellent and the food was Napa quality. Well worth another visit to this 9 year old Napa restaurant that sits in an old bank building.

A morning to sleep in late as the early opening to view lots was not until 11:30.

We were shuttled from The Ranch Winery on Zinfandel Lane with simple efficiency to Napa’s Meadowood Country Club, home to the auction.

This was the 30th anniversary of the auction that was started by the Napa Valley Vintners Association.

Wine and food from heaven. We were all treated with such great hospitality and fun that it was almost too good to be true.

Music was everywhere. Old friends catching up. The sun was blazing. Life is good.

Above all else, the hospitality and welcoming attitude prevailed. Everyone was happy and in a good mood. The weather was sunny and hot. Along with the wine, water could be found in many places to keep the warm crowd safely hydrated. The service staff at Meadowood was exceptional. The hard work in the sun never took the smiles from the workers faces. My highest compliments!

After much sampling of this fantastic food and wine the California Repercussions marching band (performing tunes such as Crazy Train, You Can Call Me Al and For Your Love) lead the partiers to the other side of the lawn and the big tent for the main event, Auction 2010. Cheers, smiles, wine and laughs marked the start of the 30th Anniversary auction.

The giant tent held tables for paddle possessing bidders with more wine bottles than I could even begin to mention. The large stage held the two auctioneers Fritz Hatton and Christopher Kostow (of The Restaurant at Meadowood) and the fantastic band who played compliment to each winning bid.

There were 41 lots in all and to explain them would take pages upon pages of text. Let it suffice to say these folks were bidding on everything from massive quantities of wine to trips that might have well been a visit to the moon.

All minimum bids started at $5000….then the sky was the limit.

Money was flying around the room at fever pitch while the auctioneers brought the kind of drama and excitement to each introduction as if it were the last lot on earth that you could bid on.

It’s important to note how important this auction is to the people living in Napa Valley.

The lessons of this auction and the generosity of the Napa Valley Vintners can be learned by any community in the United States. They take the greatness of wine and the earth and give back to the very people that help make it happen.

But the trip was worth every second. Simply fantastic.

Your can learn more about Auction Napa Valley by visiting www.napavintners.com. 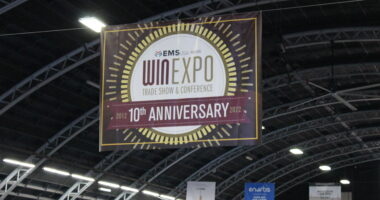 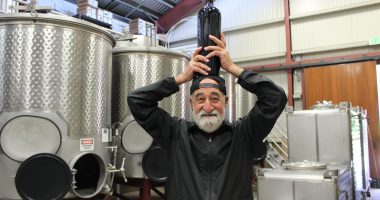